Warning: count(): Parameter must be an array or an object that implements Countable in /home/martyhom/public_html/wp-content/plugins/inwave-common/inc/metaboxes/init.php on line 746
 Terme di Caracalla: a 3D visit in the biggest SPA of the Roman Empire
Contact us directly via emai at info@martyhomeinrome.com

Terme di Caracalla: a 3D visit in the biggest SPA of the Roman Empire 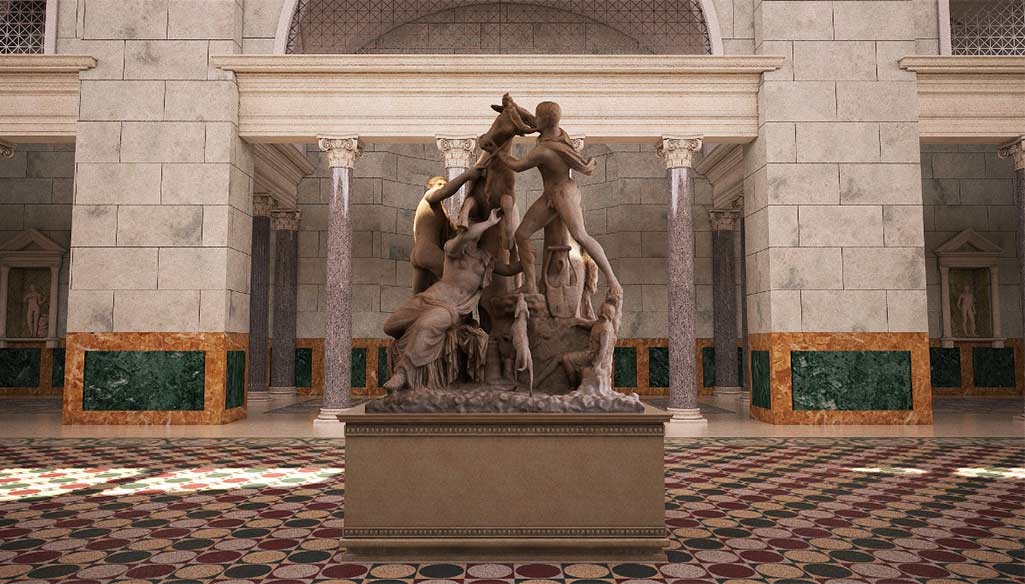 Terme di Caracalla: a 3D visit in the biggest spa of the Roman Empire

Halfway between the Monti neighbourhood and the Tuscolano neighbourhood are the magnificent Terme di Caracalla. This grandiose building is an unmissable stop for whoever visits Rome and it will give you the chance to live an amazing experience. Coopculture has decided to create a project which allows people to visit the Terme di Caracalla in a virtual reality. All of a sudden you’re in the III century AD.

This might also interest you:
What to do in Rome when it rains? The hammam near Arco di Travertino

The biggest thermal baths in the Roman Empire in 3D

The Terme di Caracalla are an enormous representation of the magnificence of Imperial Rome. This vast archeological site, now open in 3D, was inaugurated in the year 216 by the Emperor Marco Aurelio Severo Antonino Pio, also known as Caracalla. During this time the Roman Empire was at its strongest and Hellenistic influence is significant. It was imperative to impress the citizens and give them an idea of the power, magnificence and greatness of the Emperor in charge.

The Terme di Caracalla, with its assortment of different types of marble, imposing columns, statues, sculptures and decorations; as well as the latin and greek libraries, and the thermal areas, is considered for this reason a symbol of the brilliant ability of Caracalla and his government.

Seneca on the Terme di Caracalla

The thermal compound was incredibly well-designed and its aim was to be a place thriving with social life, as was usual in Roman thermal baths. Seneca, in his Letters to Lucilio, mentions it with irritation and complains about the racket of the thermal baths, which could hold around 8000 people a day. Imagine the noise of the taverns, the grunts of the labouring men in the gymnasium, the masseurs at work, the groomers and waxers and the cries of their clients, and even thieves caught red-handed, which was a common occurrence.

A SPA in Rome in the III century AD

Put on your headset and walk through the ruins. You’ll see the frigidarium and calidarium, the pools of cold and hot water; underneath a cross vault, you’ll see the spectacular black and white floor of the changing rooms (or apodyterium), still in amazing condition. The saunas and the Laconici (the sweat baths) were also part of the heat thermal treatments. Finally you’ll see the classic outdoor pool (natatio) where guests would swim or sit by the water and chat.

The thermal baths were a show of decor, precious materials of exotic provenance, columns, bas-reliefs and statues. Certainly the most eye-catching is the Farnese Bull (which recounts the myth of Dirce) now kept in the National Archeological Museum of Naples, an enormous sculpture made from a block of marble that weighed 24 tonnes.

The Terme di Caracalla: the dungeons and the Mithraeum

Don’t miss the guided tour in the underground part of the thermal baths, the gigantic motor of the Caracalla compound, were the furnaces worked non-stop. Here today you’ll be able to see numerous artefacts. But the real gem that renders the Terme a true mystery is the Mithraeum, the pagan temple of the cult of Mithras, the largest in Rome. Here the slaying of bulls (or tauroctony) was performed, and, as established by the cult, the blood would drain through a small hole in the ground, and the high priest, who would stand directly underneath the hole, would be washed and purified by the blood of the sacred animal.

Visiting the Terme di Caracalla today is more vivid and real than ever before. This archeological compound in fact is the first in the whole of Italy to be available in 3D thanks to a headset. The accurate reconstruction of the indoor spaces will allow you to move in the large rooms of the thermal baths as if you’d travelled 1800 years back in time. You’ll watch the spaces take form and match the original vivid colours, giving you an idea of the importance of a project like the Terme di Caracalla. Don’t miss this incredible site not far from the Monti and the Tuscolano neighbourhood.

If you want to stay not far from the Terme di Caracalla,
book the holiday home Casa Fratocchi